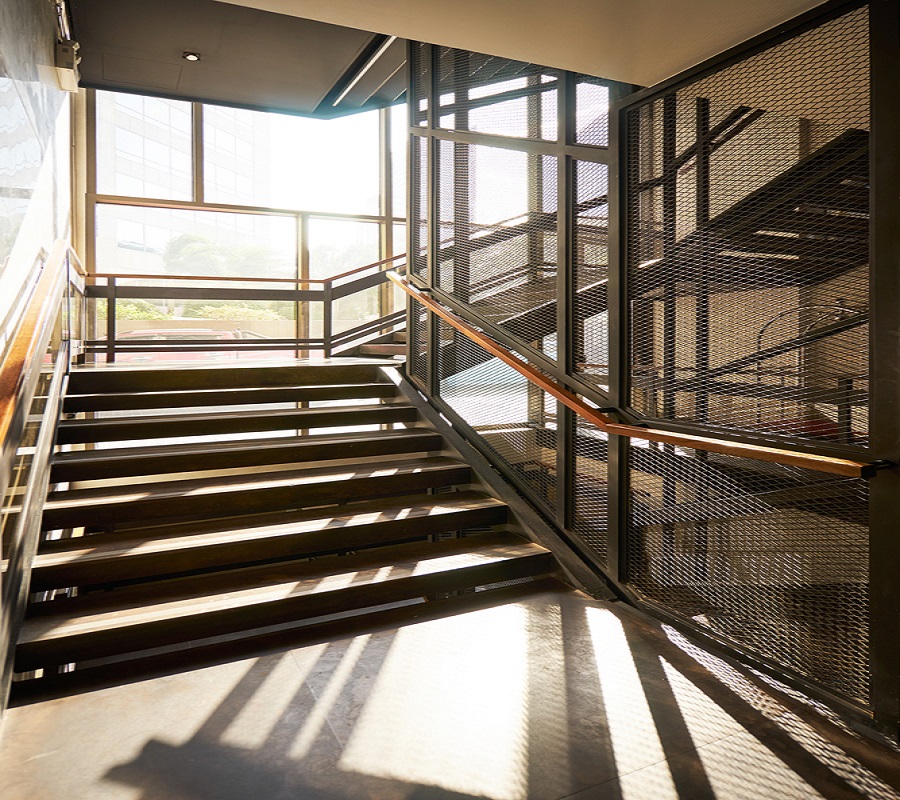 It is easy to look at a beautiful balustrade featuring wrought iron spindles and appreciate it only for its aesthetic benefits. But truth be told, the aesthetics are ‘extra’. The whole point of a balustrade is not to add beauty to a staircase; it is to prevent falling people and objects.

The integrity of any balustrade determines its effectiveness as a safety feature. That was illustrated recently in Melbourne, Australia when a woman drove her car down a public staircase only to wedge it between the staircase’s dual balustrades.

News reports say a 21-year-old woman drove her car up a ramp to gain access to an overpass at a Melbourne railway station. Why she did so is unknown. However, she was later arrested and charged with DUI. At any rate, she stopped her car at the top of the overpass temporarily, then drove down the staircase in an attempt to make it back to street level.

Pictures of the staircase show that it is enclosed on both sides by steel a balustrade consisting of a handrail and properly spaced spindles down its entire length. The staircase also has at least one landing about half-way down.

The woman was able to safely navigate her dissent only to be stopped at the bottom of the staircase by the balustrades. Steel handrails and spindles held firm, preventing the vehicle from getting through a small opening and continuing on its way. News sources say the balustrade had to be physically cut away in order to get the car out.

Whoever designed the steel balustrade deserves some accolades. Between the handrails and spindles, each component in the two balustrades was just doing its job. What happened here is a perfect illustration of how the laws of physics make it possible for narrow pieces of steel to hem in a car.

A typical balustrade consists of handrails, spindles, and newel posts, according to The Iron Spindle in Atlanta, Georgia. Separately, each component would do very little to protect someone from falling off a staircase. But combined, they get the job done.

A handrail gives the staircase user something to hold onto while ascending and descending. Meanwhile, it transfers the load energy applied by the user to the spindles and down into the main structure of the staircase. The same is true when something strikes the spindles from the side.

The spindles, be they wood or iron, are held in place at both head and base. The strength to withstand a lateral blow is not only contained in the spindle itself, but also in the entire connected structure. Energy flows from a single spindle across the entire balustrade where it is absorbed and dissipated.

Though it might not seem obvious, balustrades in both residential and commercial buildings are subject to a variety of building codes. Many of those building codes are based around the fundamental principles of design and engineering. In short, the balustrades are designed to keep people safe by adhering to the laws of physics.

Next time you glance at the staircase in your home, remember that the balustrade is there to keep you and your family safe. It may never have to stop the car from crashing through, but it may prevent a child from falling to the floor.

Your balustrade may one day prove its worth every bit as much as the two in Melbourne that contained a car. Let us hope it doesn’t have to. At the same time, be glad it is there to do its job.

Questions to Ask When Choosing a Provider of Duct Cleaning

Things To Remember While Choosing An Occupancy Builder

How to locate San Marcos Property

Fixed or Floating Interest Rate – Which one is suitable for...

Backup 101: Lock Your Files during the Lockdown